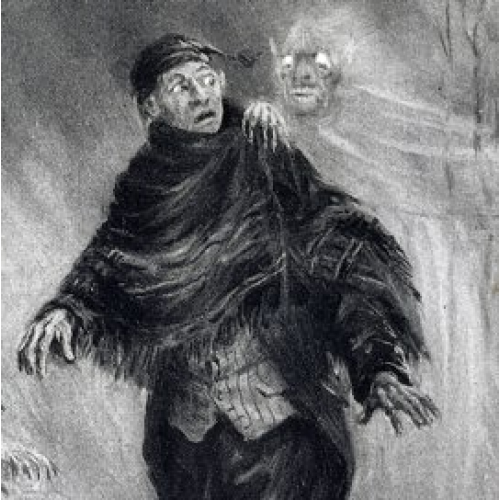 This special page for Halloween shares our collection of spooky stories from scientists and engineers around the globe. If you would like to contribute, send us your tales of ghosts, phantoms, spirits and spectres via our contact page. We'll post the best ones here.

A study published by scientists at the Department of Optometry and Visual Science, City University, and the Institute of Ophthalmology at University College, both in London, drew media attention when it was announced that cats, dogs and other animals can see in the ultra-violet portion of the visible light spectrum.

It was suggested that when our pets are spooked by something that we cannot see, they are seeing the 'it' in the UV. The need for seeing in the UV is, as yet, unexplained. Scientists know insects such as bees find UV useful in indentifying the parts of flowers containing nectar, and it helps nocturnal beasts see a bit better in the dark. However, some diurnal animals can also see quite well in the UV too.

What limits vision in the UV region is the construction of the eye. Some species have corneas, lenses and aqueous humour that transmit UV light better than others and, although it was stated in the press that we humans cannot see UV light, we in fact can. Our retinas are sensitive to UV light, but we cannot see it due to our adult lenses. Children, and adults with cataracts who have been recipents of replacement UV-transmitting lenses, can. The latter reporting more vibrant colours than the rest of us experience.

And it is children who often describe seeing things that adults dismiss as fantasy. Are imaginary friends and pets just that due to unkonwn psychological processes? Or do our children really see spooky things that are only visible in the ultra-violet? Here are some stories from parents...

My three year old was helping me make a cake and he says "James wants a taste". Then, as though he hears someone say something, he quickly says "Never mind". He talks about this James kid a lot and he tells me that he doesn't have a face. He doesn't have any real friends named James.

My 18 month old frequently points out a "man" on our drive and at home when it's just the two of us. I just say "Well, I can't see a man but I believe you if you see one". He's not scared or alarmed at all... especially when the "man" is in our kitchen. He just points out the "man" to me.

My wife and I overheard our two year old daughter on the baby monitor wake up on Saturday morning and say "What? Okay, I'll tell her". She then got up and came into our bedroom and said to my wife: "Mary says you're doing a good job". Mary was my wife's late grandmother.

My son had an imaginary friend when he was around 2 or 3. He would talk to him in his room and ask to go up to his room to play with "Scoot", his imaginary friend's name. I just brushed it off until I told my husband one day and he was stunned. His little brother who died at the age of 9 was nicknamed Scoot, something I didn't know.

You can read the paper The spectral transmission of ocular media suggests sensitivity is widespread among mammals here. 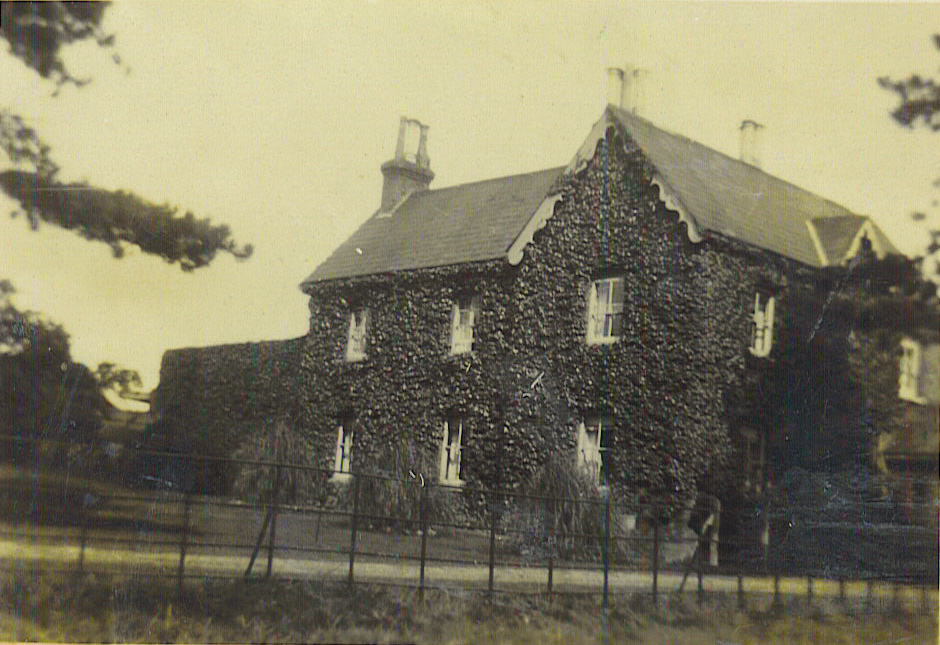 The house at Bridge Farm lead a solitary existence until the arrival of the adjacent railway in 1865 then, in 1945, housing estates to the north of the line were constructed for the bombed-out population of London.

The farm was sold for development and large factories were constructed on the land once occupied by dairy cattle. The house and outbuildings remained intact until the early 1960s, being used by a company that manufactured surveying equipment.

Sometime in the mid-70s the final vestiges of the farm were bulldozed and more buildings were erected.

One building in particular on the site housed one of the most advanced precison engineering facilities in Europe at the time. It contained a clean room, had only four windows that were double double-glazed (yes, double double-glazed!), and the super thick concrete floors were rubber mounted to provide vibration isolation. Entry to the building was by a programmed key card.

The staff there, both scientists and engineers, were not given to flights of fancy. Yet they would often relate tales of weird goings on. The most common were the sounds of doors banging when only a couple of staff were working late, and the smell of a hot meat pie wafting through the fully filtered air-conditioning system.

The most siginifcant event occured during the day. A visiting service engineer was on site at lunchtime to repair a vacuum coating machine when he happened to glimpse a woman in period costume cross the end of the facility and go into a fume cabinet room. As all staff and visitors were required to wear white coats, he immediately rushed to see who it was in fancy dress.

This tiny room had only the one door, so he was very surprised to find it empty. No one could have left without him seeing them. When we returned after lunch he was in quite a state.

The factory added thermal imaging equipment to their product range and during peak demand teams worked shifts building and testing the heat sensitive cameras for the armed forces.

One night the test team had trouble with a just completed system. Focussing on the end of the workshop they were plagued with an intermittent shadow that drifted across the screen. A sort of 'ghost' image they told the day shift team leader. He laughed and told them that they'd seen a real ghost.

Plans of the area clearly show that a quarter of the building was built directly over the site of the farm house. Consequently, the ghost was always known as the farmer's wife.

Today the factory has gone, replaced by plush new office buildings... but does the phantom still haunt the plot that once was the house at Bridge Farm?