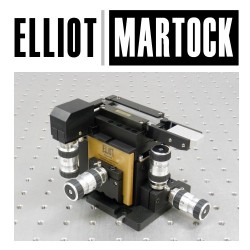 Back in 1973, Martock Design Ltd. began developing and manufacturing a range of high precision instruments and equipment. Their first XYZ flexure stage design followed in 1982 and soon became popular in the research community. This was followed by numerous micropositioning stages and accessories designed in conjunction with end users. Elliot Scientific was appointed global distributor in 1992, and began manufacturing the precision positioning product range under the Elliot|Martock brand name three years later. By 2003, thirty years after its formation, Martock Design had become a wholly owned subsidiary of Elliot Scientific. 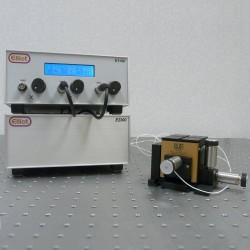 Elliot Scientific developed the DAli series of two-axis piezo controllers for automated photonic device alignment with piezo-driven flexure stage assemblies. The latest DAli 3 facilitates the rapid and automated alignment of photonic components across a wide range of applications. For example, fibre to fibre or fibre to laser diodes or waveguides. The system has been designed to be compatible with a wide range of external optical detectors and piezo actuators, and can be operated in pairs for critical alignment tasks that require the simultaneous optimisation of two components to a third one. 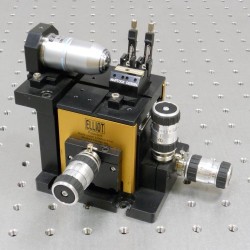 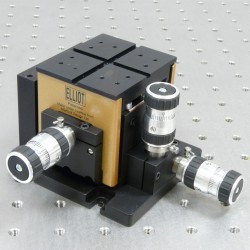 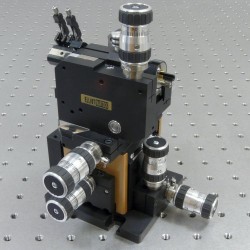 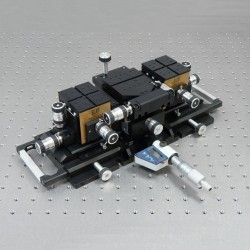 Elliot|Martock has designed two flexure stage based assemblies for the precise alignment of both input and output fibres to an optical waveguide device. The MDE881 Professional Workstation is offered in a choice of standard or long travel motion. For applications where the geometry of the MDE881 is not suitable, Elliot Scientific offers the system as key component parts to allowing custom set-ups to be configured on an optical table or breadboard.