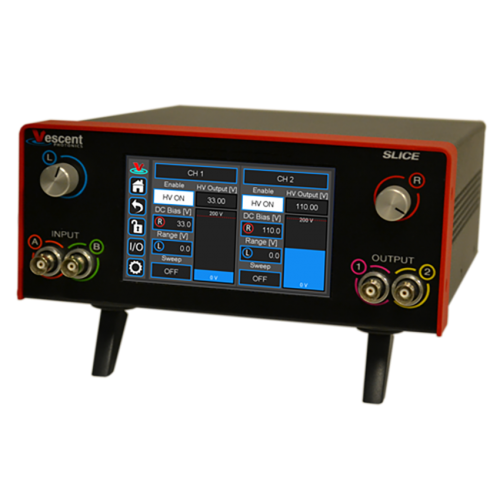 Features like slew rate control and an output trigger allow you to trust your delicate photonic devices such as doubling crystals to the SLICE-QTC.  You can set a maximum rate of temperature change and have confidence it won’t be exceeded. Safeguard your laser diodes by automatically shutting down the current if the the temperature goes out of range.  Easily tune the PID temperature loop using the loop performance monitoring system.

The SLICE-QTC comes standard with four unterminated cables for connecting the SLICE-QTC to your thermal plant.  You may also configure your order such that the cables are terminated with a DB9 connector.